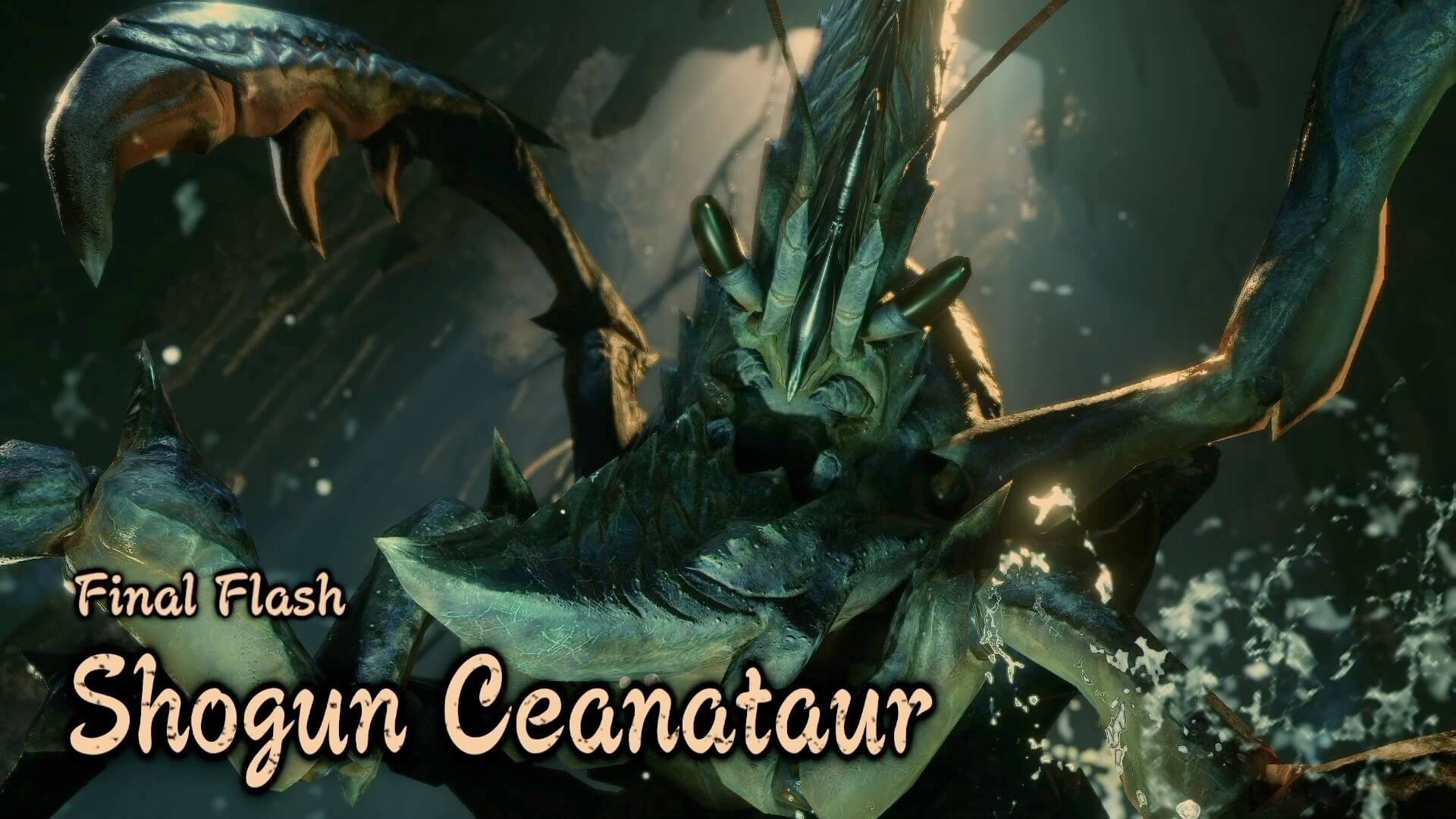 With a fearsome leap, the hunter thinks its prey vanquished. But what it find are not the spoils of victory... But discarded armor, shed like a husk.

And when the beast finds its next target... It doesn't think twice about leaving its old shell behind.

It finds new armor to don, its blades as deadly as ever.

Those who oppose it have no choice but to atone with their lives.
Shogun Ceanataur • MHR:S • Jan 8, 2023

These large Carapaceons can be found around volcanoes and in the Flooded Forest. Shogun Ceanataur wield long, developed claws that are usually folded away, but unfurl into terrifying blades when enraged. Shogun Ceanataur, like the Daimyo Hermitaur, are also known to use wyvern skulls as shells. Specimens that do, have been observed using a water jet-like attack.

Shogun Ceanataur change up the way they fight depending on the shell they wear. Breaking the shell exposes the weak point, so focus your attention there. However, Shogun Ceanataur wield claws that can attack a wide area. Prioritize breaking the claws to reduce their threat.

The form taken by Gore Magala once they mature and molt. Gorgeous, glittering scales cover...
✓
Next >

A rare species of Rathalos covered in shimmering silver scales. Known as the Silver Fire W...
✓

MHT
Thousand hours of playtime is just the beginning!