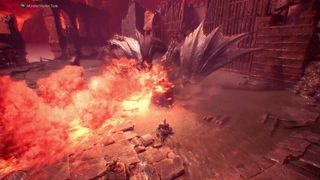 The fiery breath of Fatalis, which covers almost the entire area of Castle Schrade in clouds of fire. The camera zooms out, signaled by the growing howl of Fatalis. You can hide behind the ruins of the former columns, the shields of the hunters can also block it. The victim in the area of effect takes a lot of fire damage approximately once every half a second. In the final stage, it becomes almost lethal. You can avoid damage by using "panic jump" several times.
Fatalis • MHW:I • Oct 26, 2020 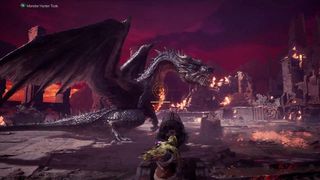 In the first wave, Fatalis sweeps away all the trash from the Castle Schrade square, thereby freeing the Roaming Ballista. Fatalis closely monitors each hunter, which is why many use smoke bombs to disguise the ballista. Once the smoke clears, the camouflage will be broken, so be careful! To increase the damage from ballista use the skill "Heavy Artillery". The most effective target is Fatalis's chest. If you want to break his head twice, then it would be wiser to aim at it.
Fatalis • MHW:I • Oct 26, 2020 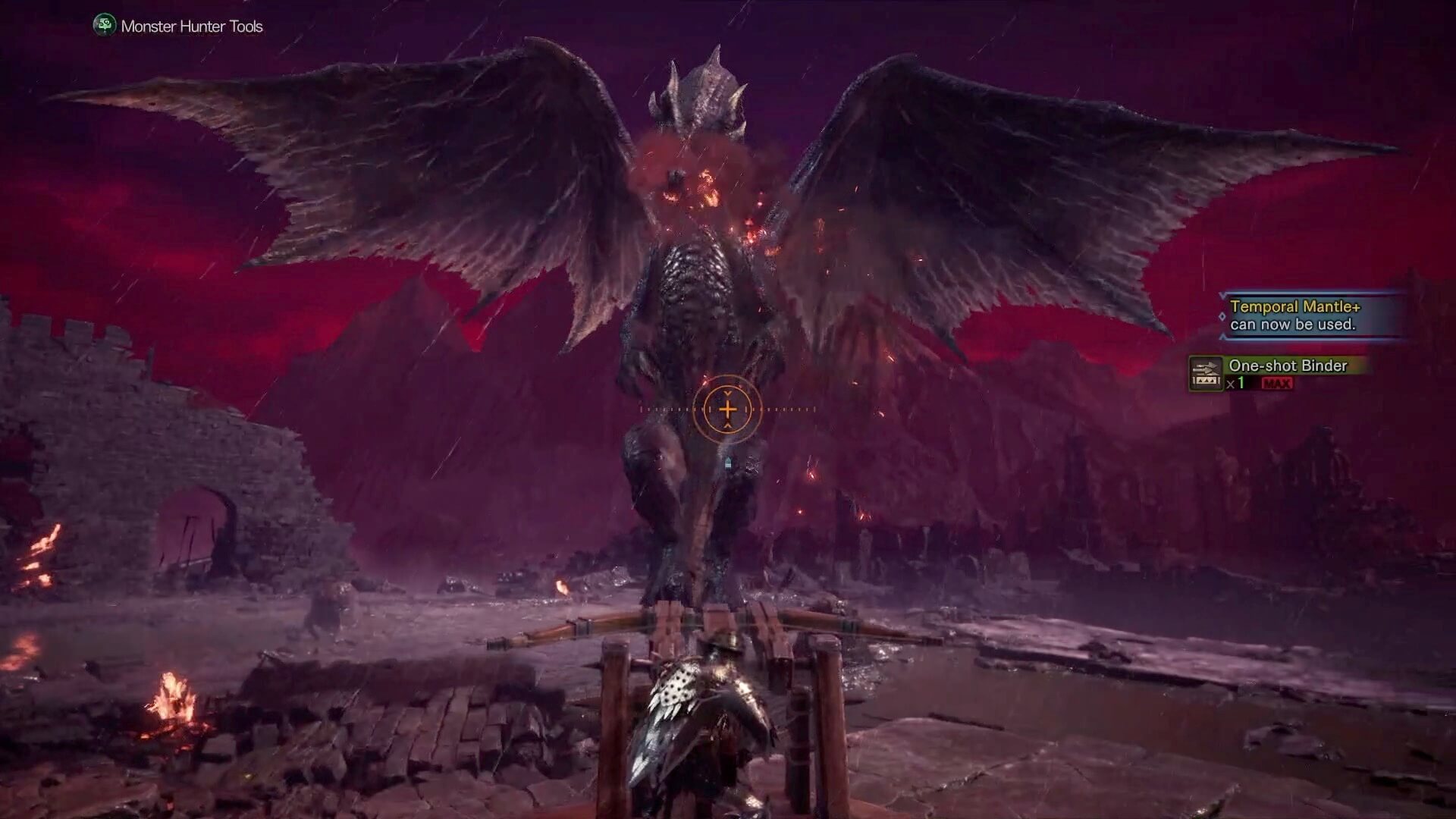 In the second phase, two One-shot Binders are released from under the rubble. One is near Roaming Ballistae, the other on the opposite side near basic Ballista. When Fatalis flies or just got out, use these binders - the life will become a little easier!
Fatalis • MHW:I • Oct 26, 2020 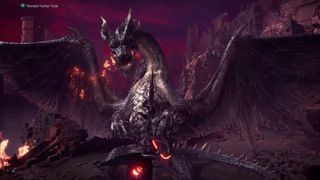 When Fatalis senses that the hunter is allowing himself too much, he pounces on him with his whole body. This attack belongs to the "knockdown" type and is deservedly the most hated among hunters. Not many people like lying hunting!
Fatalis • MHW:I • Oct 26, 2020 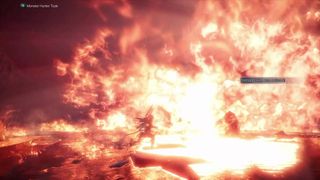 Fire execution of Fatalis. The attack takes place in two stages: first it slowly fry, then sweeps away everything in its path! The first attack is awaited in the rubble, the second behind the door (barricades), the third and all the rest under the Fatalis hovering in the air. It does not have a judicial character, like Alatreon's Eschaton. Warns of reaching the next milestone in the battle.
Fatalis • MHW:I • Oct 26, 2020 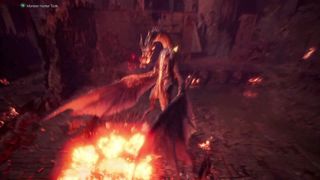 While enraged, Fatalis complements his charged fire spit with an air attack. The blast wave becomes so powerful that a small flap of the wings is enough to soar into the sky! Fatalis then descends on the unsuspecting hunter with a shrill screech, scaring him to death!
Fatalis • MHW:I • Oct 26, 2020 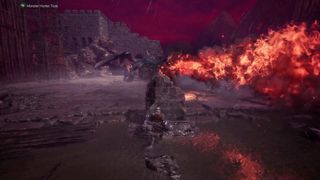 Having warned the hunter with a growing howl, Fatalis begins to breathe fire, going around a semicircle with his head. Wraps the neck so that the beginning of the attack falls on the side the target is on. The breath has a long range, but still does not cover the entire arena. If you don't want to calculate the position of the head at the end of the attack, just use the clutch claw. You are safe by being on his head during the attack! (does not apply to breathing that starts with an explosion) By the way, the attack is not blocked by the remnants of the columns in the arena: you can't hide behind them...
Fatalis • MHW:I • Oct 26, 2020 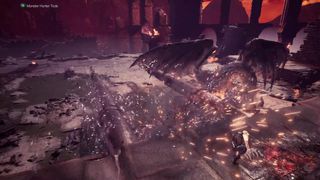 Dragonator deals decent damage to Fatalis. Ideally, you want Fatalis to hit both rods, as each does separate damage. Fatalis hits the ground from such severe damage, but not for long, don't be too happy. Many speedrunners brag about killing Fatalis without using the dragonator, but they miss the opportunity to enjoy the victorious music that starts playing later!
Fatalis • MHW:I • Oct 26, 2020 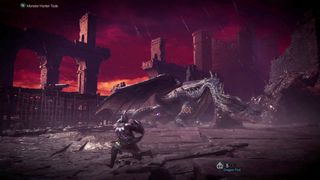 Since Fatalis has weakness to the Dragon element, it is terribly unpleasant for him to be shot with Dragon Pods. Two or three is enough to make him shudder at these nasty pods!
Fatalis • MHW:I • Oct 26, 2020 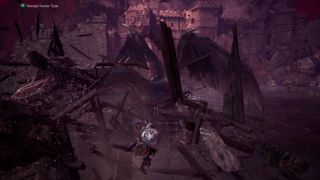 If you want to use the cannons on the dilapidated fortifications, use them as quickly as possible, otherwise they will eventually collapse under the endless attacks of Fatalis!
Fatalis • MHW:I • Oct 26, 2020

The Collapsed Greatness of Schrade

The irresistible and merciless power of destruction in the person of Fatalis left us nothing but to wonder what the kingdom of Schrade was like in the era of its prosperity! All that we can observe now is the collapsed greatness...
Fatalis • MHW:I • Oct 26, 2020 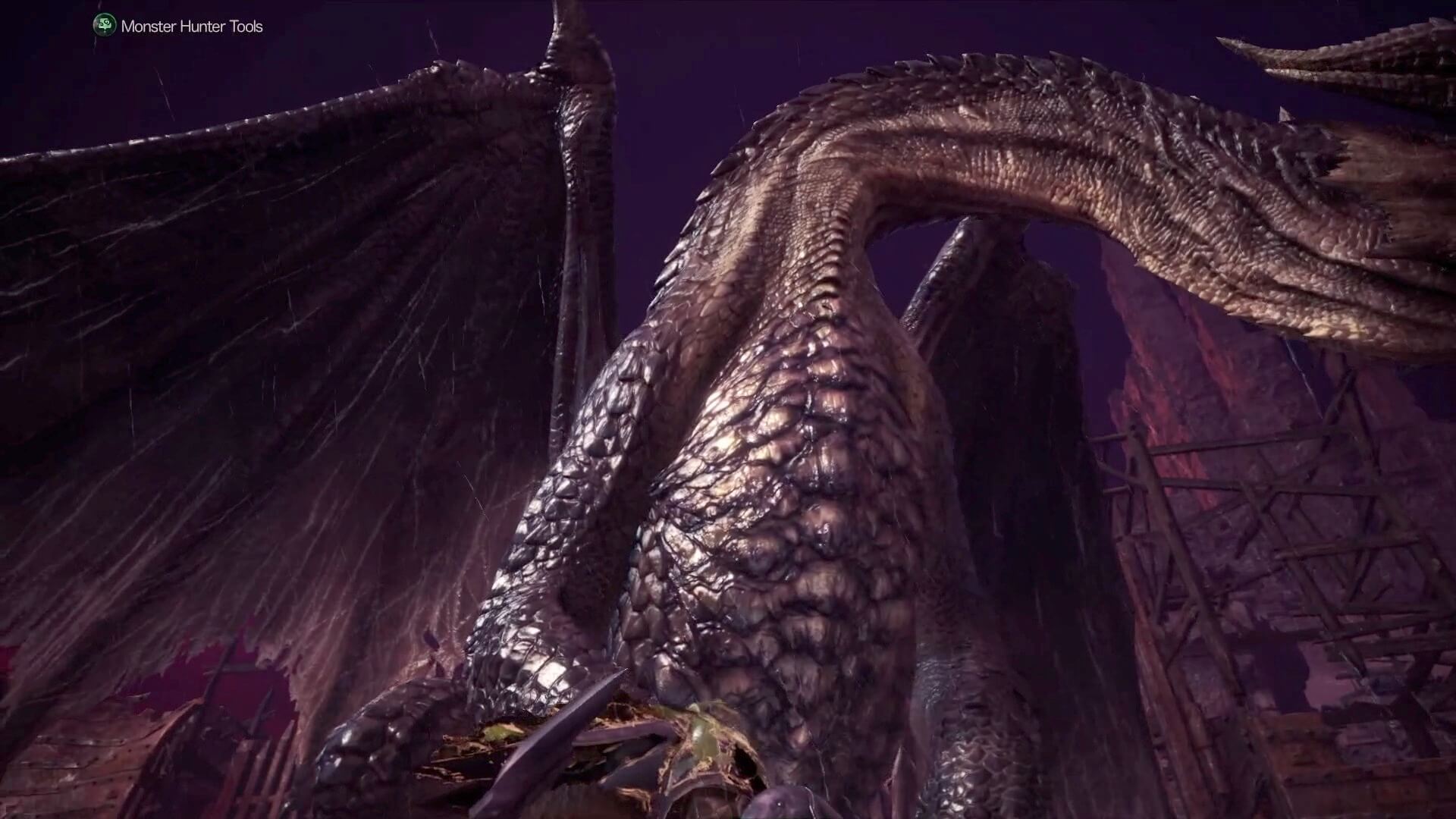 If you have known Fatalis for a long time, you are unlikely to be surprised by its appearance, but on the contrary, it will delight you, since it has become even scarier! If you see him for the first time, I sympathize with you...
Fatalis • MHW:I • Oct 26, 2020 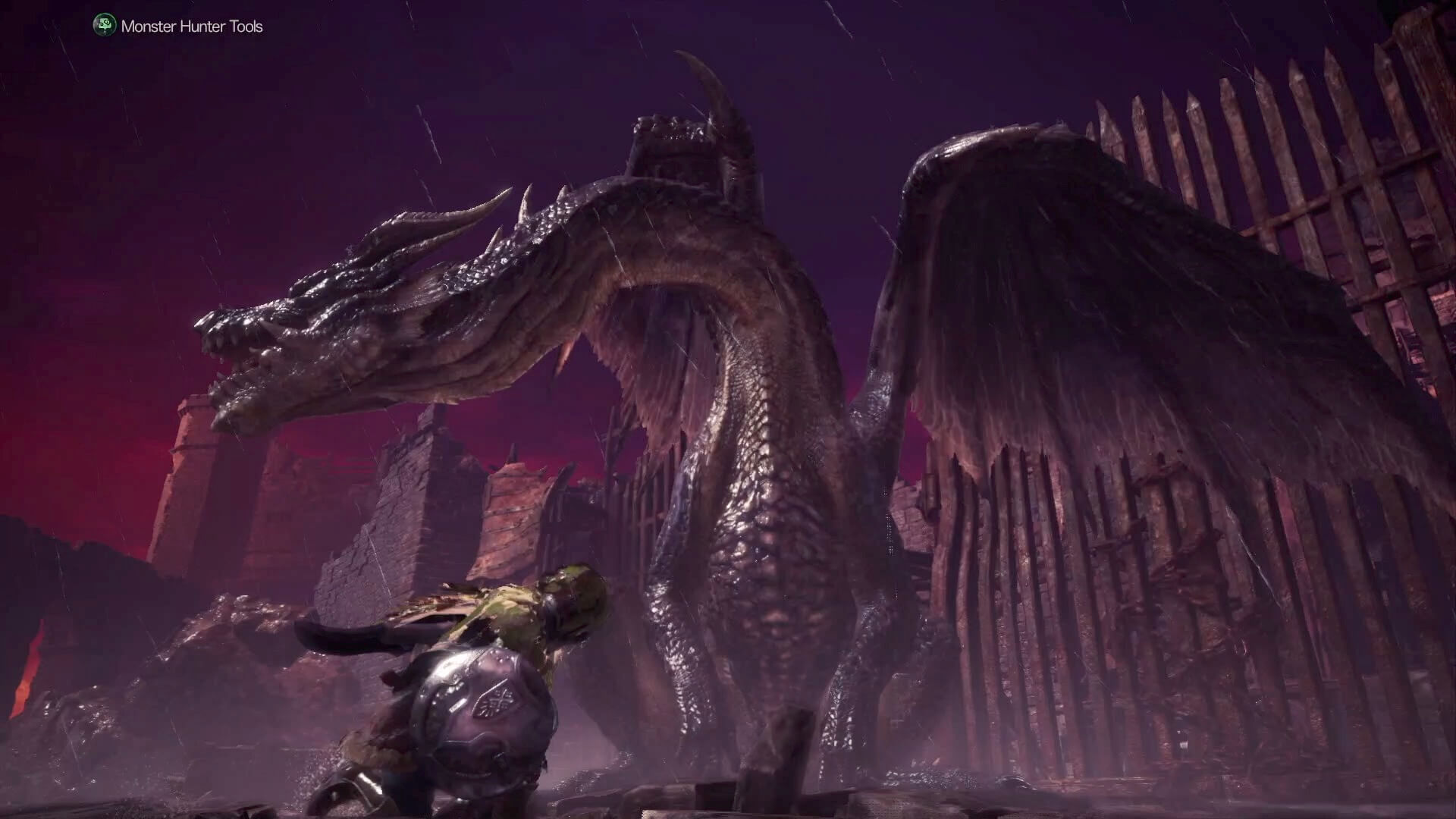 Hide and Seek with Fatalis

Fatalis does not really understand this stupid game of hide and seek, but he still does not refuse to play!
Fatalis • MHW:I • Oct 26, 2020 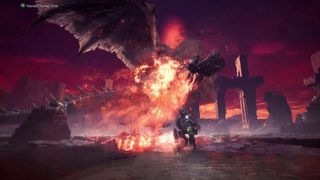 Demonstrating the richness and variability of Fatalis's combat arsenal is not as easy as I would like...
Fatalis • MHW:I • Oct 26, 2020 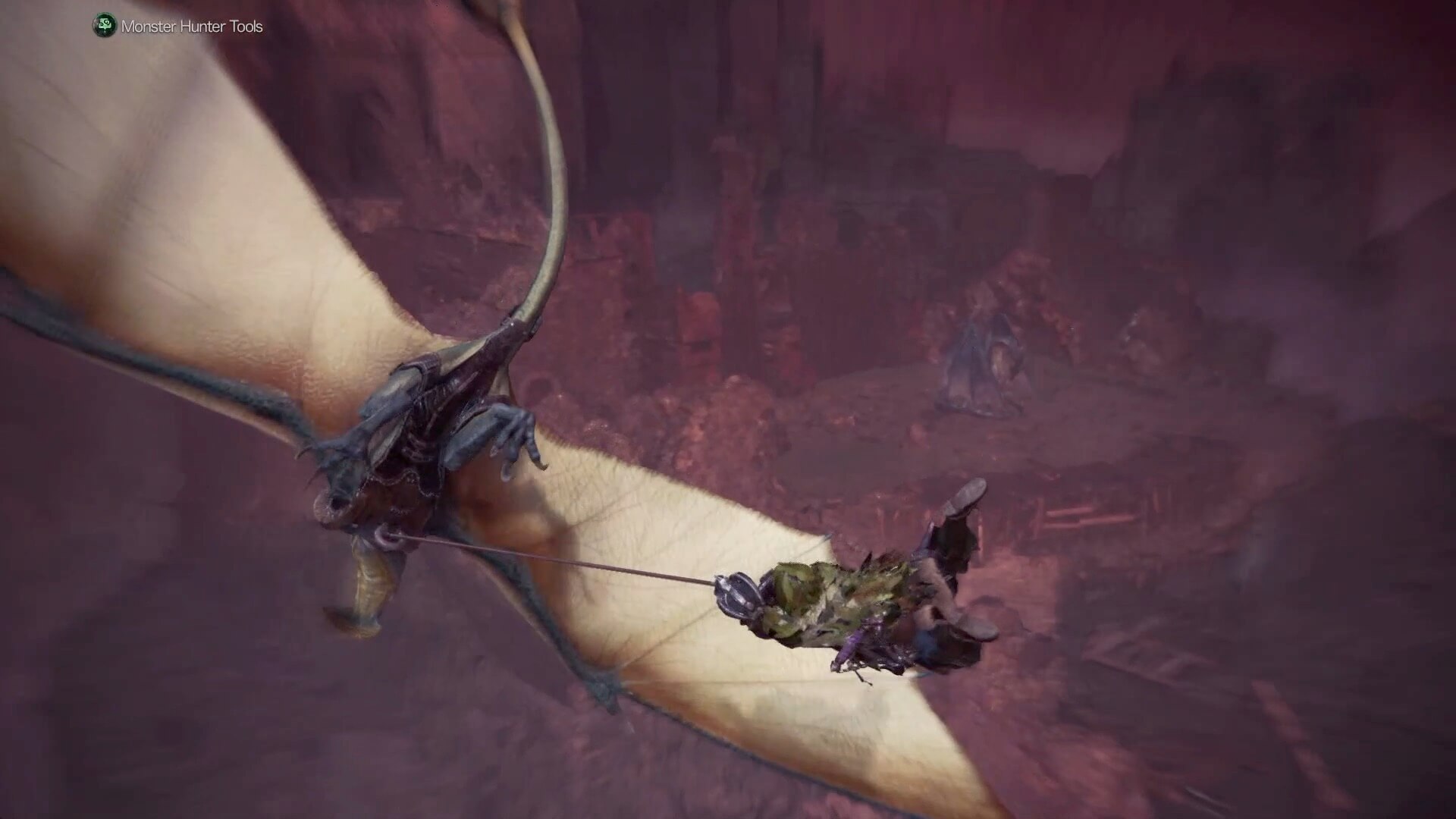 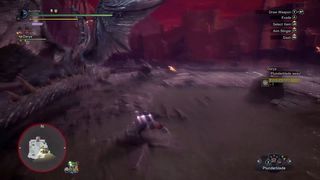 It is very easy to piss off Fatalis... Be prepared for serious problems when you hear this roar!
Fatalis • MHW:I • Oct 4, 2020 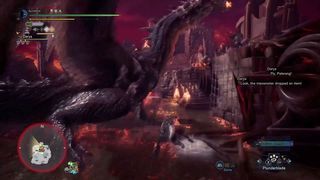 Recovering from being hit by the Dragonator, Fatalis rises and lets out a piercing roar!
Fatalis • MHW:I • Oct 4, 2020 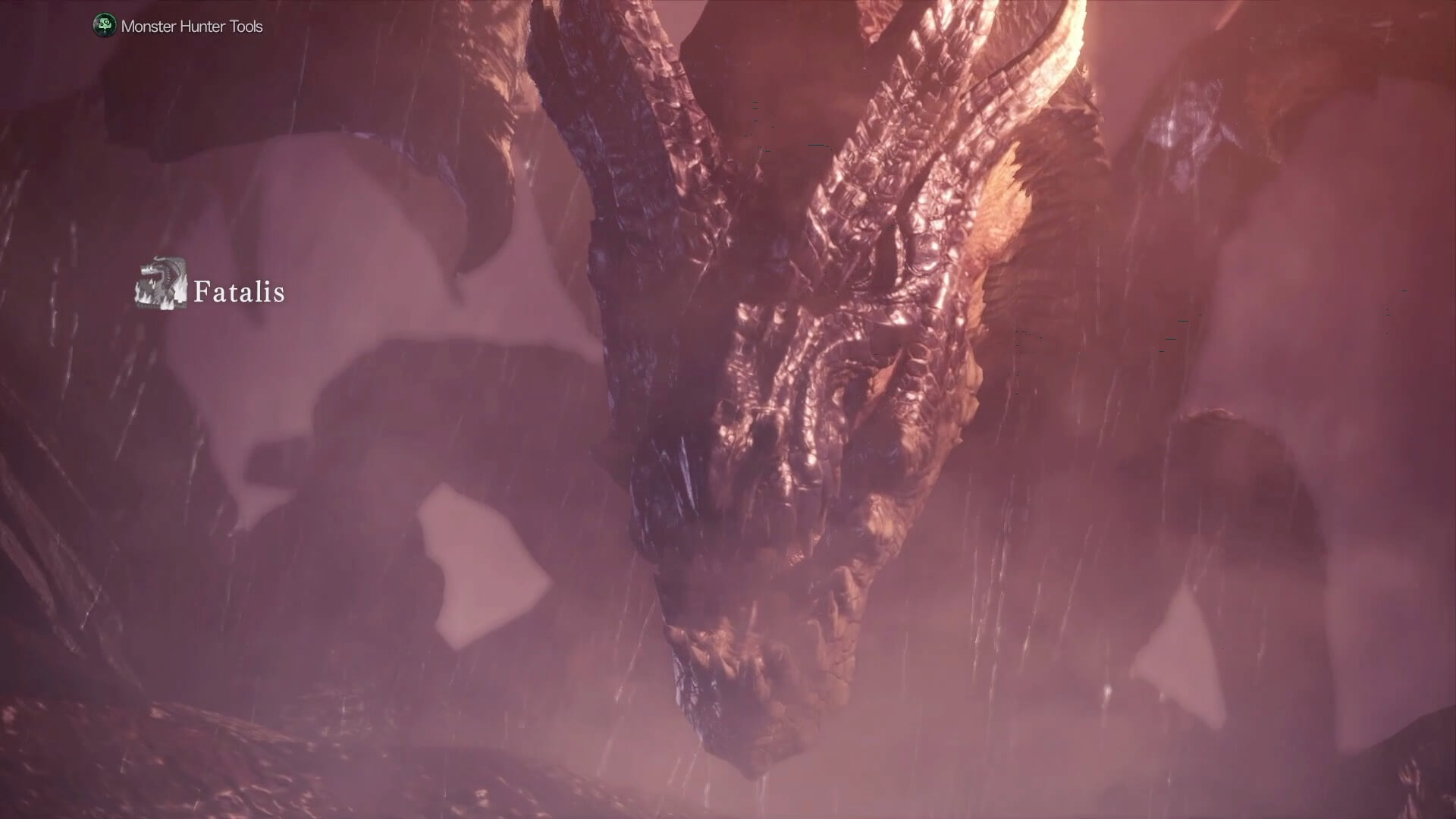 Schrade, a kingdom obliterated in a single night. Fatalis emerges, and suddenly, the fate of the world rests on their shoulders.
Fatalis • MHW:I • Oct 4, 2020 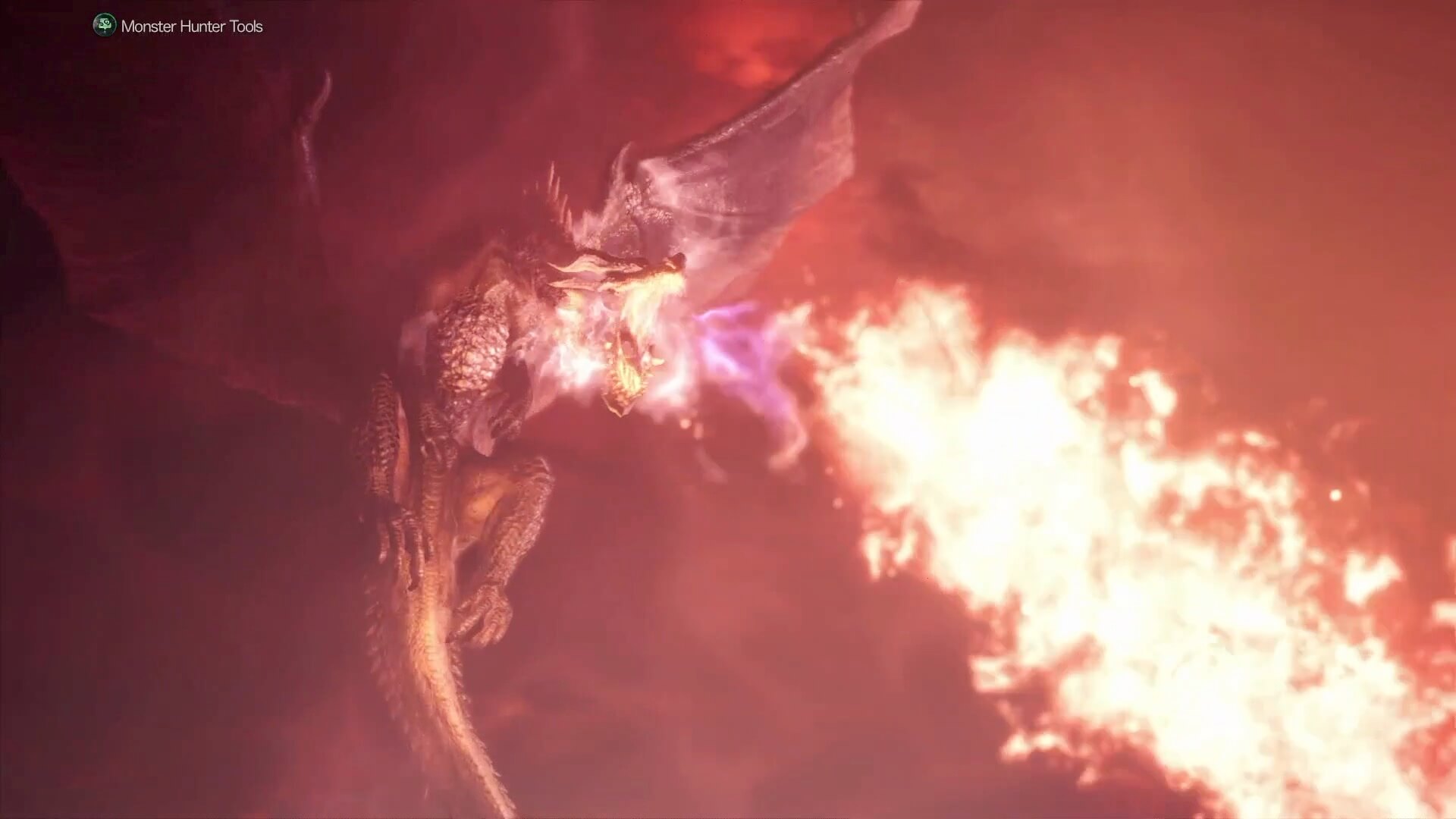 Driven by the hopes and legacies of all who have joined him in his journey, the hunter makes a heroic stand.
Fatalis • MHW:I • Oct 4, 2020 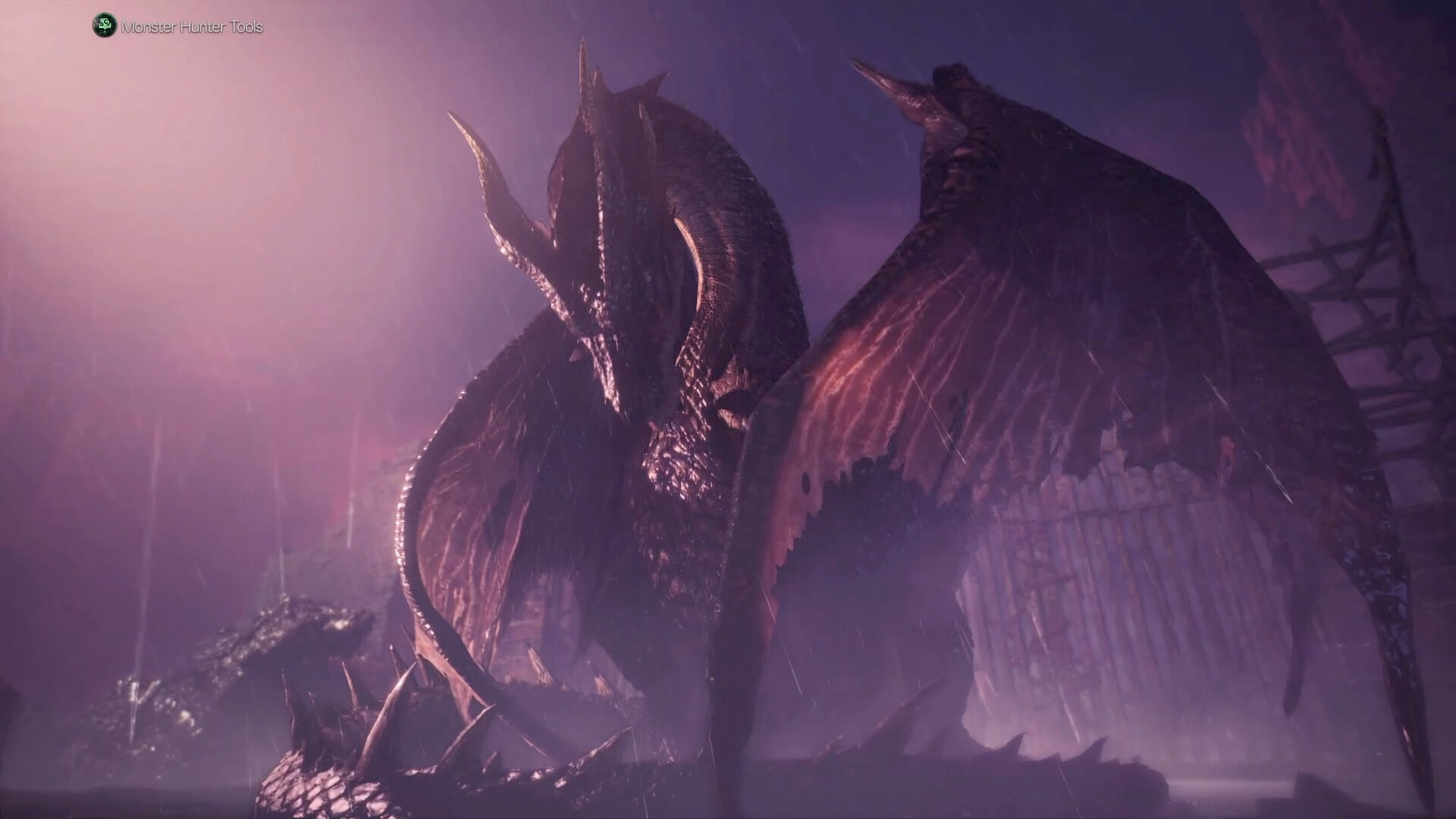 After completing a special assignment, an event opens: "Fade to Black". This event starts with this cutscene, which for some reason is not shown in the gallery.
Fatalis • MHW:I • Oct 4, 2020

A legendary black dragon known only as Fatalis. Rumored to have destroyed a kingdom in a single night, and has taken its castle for a roost.

As long at its horns are intact, overcoming its final form's breath attack may be impossible. Cannons and ballistae can topple it. Flinch shots when its flying or standing will lower its head.

This Odogaron subspecies is forever on the prowl for its next meal, and is often seen carr...
✓
Next >

A Barioth variant capable of spewing a sub-zero breath attack that it uses to slow down pr...
✓

MHT
A thousand hours of playtime is not the limit!